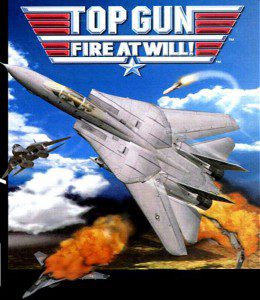 Most of us have seen the movie Top Gun.  It was a 1986 movie with Tom Cruise about the Naval flight school in Mira Mar, Ca.  This school was where ‘The Best of the Best’ Navy pilots went to train and hone their skills for combat.  It was created to teach young pilots the art of aerial dog fighting.  In air force terms, dog fighting is the aerial acrobatic evasion technique used by fighter pilots which enables them to shoot down more enemy fighters without getting shot down themselves.
Now it may be a funny topic for an animal conflict mediator to choose to write on, yet the movie Top Gun provides me with a means to an end of discussing and describing the art of animal conflict resolution.  It is so simple and catchy I couldn’t pass up the chance to give it a whirl.  When I finish my talk, you will completely understand the parallel I am drawing.
In the movie it was clear, in order for a pilot in competition for the Top Gun trophy to win the day they had to master the art of aerial fighting techniques and the maneuvers of dog fighting.  It would save them and their equipment to fight another day.  It was the better alternative than to simply use missiles and guns to defend their plane.  These maneuvers gave the pilots time to set up the action, create a space for engaging on a target on their own terms and provided concrete actions that had more likelihood of succeeding than simply flying straight at the target and shooting.
In mediation, the ability of the parties to take the time to have a discussion and not just go directly to litigation (i.e. guns and missiles) provides them the time to fly around, maneuver into position and have a meaningful discussion.   By creating the space for this dialogue the parties in conflict, like the pilots, engage in addressing the conflict on their own terms rather than letting someone else decide their fate.  Such a bold step toward discussion through mediation is an art and creates concrete actions that have more likelihood of succeeding and sustaining a resolution than simply dropping the ball of decision-making in the lap of another, unattached to the conflict.
Parties in mediation take the time to create space for action on their own terms much like dog fighting.  It is conflict acrobatics most people would like to do but don’t know how, or where to start. They may have become rusty in their communication skills or are down right scared to get behind the wheel of the conflict and steer through the rough patches
In an F 16 you are thousands of feet in the air whirling, twirling and traveling at Mach 1 with your hair on fire.  In a conflict discussion, you feel exactly the same way as that Mach 1 pilot, yet your feet are solidly planted on the ground.  You know the maneuvers you want to take, you have the maneuvers you need to start the discussion, yet your mind (hair) is on fire with the passion of your position and the rawness of the conflict.
This is especially true when an animal is involved.  Each party knows what is right for the animal. There is no initial middle ground.  This is why we find ourselves where we are in the conflict.  At this juncture it may seem like an impossible journey to get the parties to the table and have the discussion they long to have, yet may be too scared or proud to initiate.
Or are they?
In Top Gun the pilots who arrive at Mira Mar to compete are ‘The Best of the Best.’ They have no desire to do anything but win the trophy. Their camaraderie is strained and fragile. All they desire is to hone their flying technique to a razor’s edge, better than anyone else, and winning that Top Gun Trophy.
In the end, there was one winner awarded the trophy. Yet, in reality, they all won.  Each became a better pilot, learning the skills of dog fighting which would save their lives and the lives of their wingman.  Each knew they could count on the other.  They were not really up there alone, for if they continued as a lone flyer they wouldn’t survive.  They all left better for having experienced Top Gun.
In animal conflict mediation, we hope the one who leaves the process as ‘the winner’ is the animal.  We look forward to all the parties involved in a ‘Top Gun – Dog Fight’ type mediation leave the mediation satisfied they are in a better place, having learned a new skill and willing to work together going forward.
In the context of this discussion, Top Gun Dog Fighting means
– Taking the time to learn a new method of      addressing a conflict, be it in the air or on the ground.
– Perfecting that method of resolving conflict.
– Giving all the parties involved, people or pilots, a new and lasting tool for their toolbox.
Going forward it is the best we can hope for in conflicts on land and in the air.
—Debra Vey Voda-Hamilton