The Moments of Tragedy 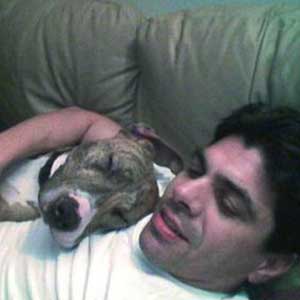 I received several emails from colleagues, who know what I do, asking me to comment on what may have been done to avoid the tragedy of Rocco and Nick

If you have not read the story of Nick & Rocco, I attached the link below.  Here is a short synopsis

A gentleman, Nick, living in an upper west side condo adopted a dog, Rocco, a mix breed, pit bull like dog.  The building in which Nick lived went ‘pit-bull’ free in 2010 and although his dog was grandfathered in, Nick’s neighbors were not keen on the idea of Rocco having the right to stick around.  This is how the story was written by the reported.

According to the reporter, the harassment of Nick about Rocco continued and no venue was found or created for the much-needed discussion between dog owners, tenants and condo administration.  It may have been avoided since, as humans, we steer clear of confrontational discussions.  We know we should have them, we just prefer to be ‘ostrich-like’ and avoid them.  Maybe they will go away.  In the end this one did in a way, anyone involved in the situation, may not have considered.

No one was given the opportunity to speak about the situation they found themselves in, not the neighbors in fear of speaking to their dilemma, not Nick who was on the horns of a huge dilemma of his own.

In the end, Nick put his dog to sleep.  A young and healthy companion whom he felt he could no longer keep or protect.  Two days later, after distributing all of his ‘dog items’ Nick was found dead in his apartment, from an overdose of pills and a broken heart for letting his dog down.

In this life, people do and say things for oh so many reasonmantle interpretations of which varies based on the kind of day you are having and the mood you are in.  In this instance, neither side of this debate was given the opportunity to effectively speak to each other.  It created an atmosphere of intolerance and intolerability.

In my world of animal conflict resolution, the ability for tenants to have a valuable conversation, with all the warts and pimples, about a problem gives rise to a sense of understanding and respect.  One would never believe, when the discussion first  began, that any resolution could happen among these people.  The creation of the venue is key.  The fact that all parties are together, asked to listen to themselves and to others, gives rise to a moment of clarity lost in the ‘he said she said’ world of rumor, gossip and innuendo.

Had this condo known about mediation and how it can effectively offer a discussion group, overseen by a neutral mediator trained to help people in conflicts about animals, it may have given rise to a more accurate understanding of where these tenants were in this conflict and quite possibly could have avoided this tragic result

The tenants of this building will feel a level of remorse about this outcome.  Someone lost his life over the loss of an animal.  They will think about it at odd times and wonder what if…..

The tenants who spoke of the value Rocco had to Nick, specifically the beautiful temperament of the dog, may think, ‘if I’d done more with my fellow tenants, Nick or Rocco’.

In the end it should be seen as a learning experience.  Dogs are parts of the fabric of people’s lives, especially dogs in big cities.  They offen times are the only one who accepts you unconditionally.

Dogs are worrisome to people who do not own dogs or have an organic fear of dogs.  This fear is real and they feel resentful when it is not respected.

In this case, we will never know if a mediated discussion would have made a difference.  In my experience, how one party feels is usually news to the other party.  In fact, if they are made aware of how they make another feel they feel uncomfortable.  No one wants to be seen as ‘outside the norm’, the bad guy.

It is the root of all-evil that need for a difficult conversation.

No one wants to be the first one to open Pandora’s box.  Especially in an animal conflict, where emotions run high and very little temperate zone exists between the ‘have’s’ and ‘have-nots’.

This tragedy brings into clear relief the moment in time we wish we could get back.  The moment when Nick got Rosco, when the rule went into effect, when the harassment occurred, when Nick could no longer handle the strife, when all things were over for Nick because of his decision for Rocco.

These moments are quick and life altering.  Had Nick picked a smaller dog, had the building not instituted a breed specific band, had whatever level of harassment been nipped in the bud, had Nick ignored the harassment, had the tenants realized the turmoil they were creating by their harassment, had Nick reached out for help before putting Rocco down, had Nick reached out for help after putting Rocco down?

So many forks in the road any one of which had someone taken it may have resulted a very different set of circumstance and realities.

In these types of living situations the need for a discussion of the conflict, frankly and safely, is imperative.  Mediation creates this type of venue.    Mediation brings clarity to the listener and the speaker on what the other wants and what they themselves want.

Tragic moments like this, which get away from us, spark new impetus toward better levels of communication. Moments of remorse and learning occur. Maybe a new way of handling this kind of disconnect will be explored. Mediation may be an answer whose time has come.