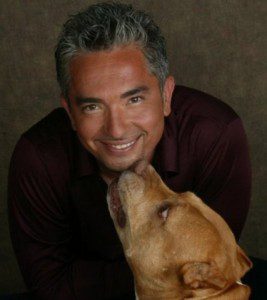 In the world of dogs, Cesar Milan is known as the Dog Whisperer.  In the July 6th, 2013, Journal News-LoHud article titled, Dog’s best friend (1) he was interviewed for his upcoming event at the Tarrytown Music Hall in Tarrytown, N.Y.  Cesar spoke about his ability to “rehabilitate 99.9% of the troubled dogs [he sees] but if the human doesn’t want to change, then there’s nothing I can do for the dog.”  This is a pretty broad statement and reflects his clearer understanding of animal psychology and his lack of understanding human psychology.
People love their dogs, as Cesar puts it, “as their furry babies.”  This change has occurred gradually over the last millennia but more quickly in the first decade of the 21st Century.  Cesar commented that people are “overprotective” of their dogs and “fearful that something bad will happen” to them.  Cesar doesn’t appreciate people’s current conduct of “humaniz(ing) dogs by seeing them as children.”  Yet this is the reality in a majority of pet owning families.  For Cesar to enter into a dog training relationship with a person who holds this belief, based on his comments above, may eliminate effective communication between Cesar and the dog owner leaving the troubled pet adrift.
A better way to approach rehabilitating a pet and their overly concerned owner may be to speak to them as a ‘people-whisperer’.  People want boundaries as much as their dogs do.  Often, it’s how you approach building these boundaries that dictate whether they will be successfully implemented or resisted by man or beast.
If Cesar used mediation as a form of conflict resolution when disagreements arose between he and the pet owner, it would enable him to remain on the job, training the pet, while having a valuable conversation with the pet’s owner who would feel respected for the way in which they treat their pet, no matter what their definition of care and control is.  Starting from ‘ground 0’ would enable Cesar and the pet owner to gather information from which a dialogue for change could emerge.  Taking the time to respect where all the parties are, before reality checking and discussing ways in which to change conduct, may create a smoother relationship between dog trainer, dog owner and dog.
Changing behavior in humans is a slower more deliberate process then with dogs.  Humans don’t take correction about their conduct involving their dogs well.
Cesar says, “disciplining a dog…does not mean punish.  Most difficult situations I have with dogs alwayscome down to the people not accepting responsibility for their dogs misbehavior.” (emphasis added).  Cesar then punishes the pet owners by giving up on the rehabilitation of their dogs because the owners are not rehabilitate-able.
Pet owners often feel punished when negative comments are made about the conduct of their dog.  For instance, a simple request to set different boundaries with their dog, for another’s peaceful coexistence, is seen as a comment on the care and control of their dog.
If, when you discuss the behavior of a dog with its owner, you take a deep breath and control your frustration, especially if they initially respond in a way you find irrational, it will pay huge dividends.  The dog owner will be more willing to work out a solution to your problem if he doesn’t feel under attack.  Address the problem in equilibrium, not in oppositional defiance.  This holds true in visa-versa mode as well.  Don’t over-reacting to someone’s comment about your dog’s conduct.   It can yield huge benefits in future discussions.  Emotion, when allowed to be expressed without an ‘in kind’ response, lends itself to diffusion which can then lead to solution.  It is from this common ground that a more peaceful discussion of the problem will flourish.
Cesar is the ultimate ‘dog whisperer.’  He should remember though, that the dogs he rehabilitates, for the most part, are attached to humans.  Those humans pay the bills for him to rehabilitate the dog.  In order to be as fully effective a dog whisper as he can be, Cesar may want to find a different way to speak to and define his human clients.   Respecting people’s differing manner of dog rearing and working with them for the benefit of the dog, not dismissing them because they are slow on the uptake of the ‘Cesar’s Way’ method, will enable the world’s most famous dog whisperer to be an effective people whisper as well.
(1) http://www.lohud.com/article/20130705/ENTERTAINMENT/307050029/Dogs-best-friend-Cesar-Millan-talks-about-his-new-projects-life-video-
—By Debra Vey Voda-Hamilton
Hamilton Law and Mediation www.hamiltonlawandmediation.com