Peacemaking in the Dog Wars 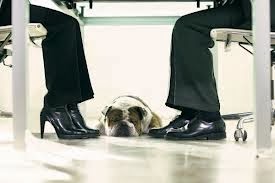 Judge Cooper found a household pet, a miniature dachshund named Joey, is “decidedly more than a piece of property” thus “a strict property analysis is neither desirable nor appropriate.”  If a hearing can be held on “who gets the Escalade or the Ferrari” it should also be available to decide who gets the dog.
http://www.courts.state.ny.us/reporter/3dseries/2013/2013_23405.htm

While granting a hearing on this subject Judge Cooper’s commentary provided a clear historical examination of decisions being made all over the country dealing with divorce and the pet.  The one constant in these decisions was, pets should not be held as simple property subject to replevin.  They have sentimental value far beyond a lamp or chair.  However, Judge Cooper clearly stated his granting of a hearing did not give rise to a theory that a pet is in the same league as child.

To that end Judge Cooper cites Raymond v. Lachmann (264 AD2d 340 [1st Dept. 1999] and agrees with that court when it said it “does not direct that the resolution of a pet dispute be undertaken by engaging in a process comparable to a child custody proceeding.”  The judge set the matter down for hearing and limited the hearing to one day.  At its conclusion, baring an appeal, the decision of the parties would be final.  He said the awarding of the dog was to be complete, no shared custody could be agreed to in this hearing.  Judge Cooper did not want to bind the court to enforcing divorce decrees that include visitation with the pet.

Judge Cooper expressed his desire that the parties work something out that will enable the non-custodial ‘pet parent’ the ability to see and enjoy the pet post divorce but this arrangement would be outside the divorce decree.  It is also subject to the desire, on the part of the parties, to ever speak of this again after the decree of full ownership is awarded.

This was a groundbreaking decision.  It was also a heartbreaking decision.  The standard used by Judge Cooper, “the best for all concerned,” obviously left one party out.  Requiring sole custody of Joey as a result of the hearing and then asking the parties to have a discussion post award in which they might work out some sort of visitation on their own, will probably fall on deaf ears.

The NY Post of course placed this story on the front page of their December 4, 2013 newspaper.
http://nypost.com/2013/12/04/landmark-custody-battle-over-dog-in-divorce/

My husband Jim called me from his morning train commute to tell me about the article and the decision.  He didn’t want me to miss this landmark case. It is a story that will be reported again and again, in numerous venues, because pets are so important to us.  Although we may no longer like our human companion, we will always love our pet companion.   I find that relationships, which include a pet, are aware that the pet is often the last best thing they did together.  It reminds them of happier times and the shared joy of the pet.

Judge Cooper was completely on target when he stated the courts do not and should not look to acquire the responsibility or devote the resources to deciding custody of the pet.  Where he fell short, in this mediator’s opinion, is when he suggested this groundbreaking winner take all hearing.  It is a nice thought to suggest the people in this conflict can work out a visitation schedule after sole possession is awarded.  However, reality shows that these emotional issues are best addressed before custody is awarded.  Otherwise, after winner takes all, there is nothing left in the emotional tank for either party to continue the discussion about visitation of the awarded pet.

May I make a suggestion Judge Cooper without seeming absorbed in my own self-interest?  Instead of setting a groundbreaking one day hearing on who gets the pet, winner take all with a suggestion they work on visitation plans later outside the divorce decree, you may have served everyone’s interests better by requiring the parties take this issue out of the court altogether.  You could have required them to avail them of mediation, where these emotional issues can be fully addressed, custody and visitation terms completely worked out outside the divorce decree and assuring everyone is heard before a sole custody decree is made.

It is often a long held grudge or slight that makes someone fight so hard or charge so much for the other party to keep the dog.  In mediation we get to the root of why they cannot share the pet, which often has little to do with the pet and much about the parties unspoken emotional baggage.  This is why mediation is the best venue in which to address the whole question of pets in divorce.  In the mediation venue the parties may find the peace they were unable to find as their attorneys fought their battles for them. An agreement outside the divorce between the parties, involving continued visitation with Joey, would have already been in place giving the non custodial pet owner peace of mind and not a hope and prayer. The judge could then have ordered the hearing after a mediated settlement was reached about the pet and simply awarded custody to one of the parties as mutually and peacefully agreed.

Addressing these kinds of deep-seated emotional issues involving hurt and disappointment is all mediators do.  If the mediators are non evaluative, more facilitative and understanding based/transformative they will enable the parties to workout their own agreement, on their own terms, enforceable as agreed, and as Judge Cooper said in the ‘best interests of all concerned.”  Helping parties address their fears and anxieties, assisting them in keeping the pet in their lives in some fashion that works for all is a process best employed in mediation.

If the divorce attorneys here had thought to employ a mediator at the outset of the discussions over Joey, for this one piece of the divorce discussion, it could have provided a venue in which the parties could engage in a less adversarial conversation about Joey.   When the negotiations between the parties about Joey fell apart their attorneys may have used mediation like techniques to help resolve this issue.  This is difficult to do while still supporting their client’s position.  Negotiations with a mediator’s heart but a litigator’s responsibility, falls short of what real mediation provides people in conflict.  Mediation would have saved these parties extraordinary amounts of money, time and heartache if their attorneys had seen the value in mediating this one disagreement.

True they would not have made groundbreaking law and created precedent for the scheduling of a hearing on who gets the dog in divorce proceedings.  By setting this precedent they have left the most important emotional issues underpinning the pet conflict unaddressed.  One party wins one party loses without ever working out the outstanding issues or how they might share the pet going forward.  So did it work for the best of all concerned?  I for one do not believe it did.  As the court in Raymond v. Lachmann so eloquently said in a similar case at odds over the pet, the courts have a “limited ability to [resolve such cases] satisfactorily.”