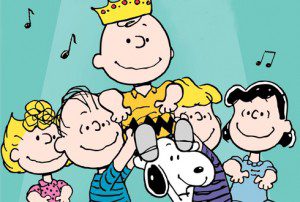 In 1999, my family went to see You’re a Good Man Charlie Brown on Broadway for my youngest son, Thomas’ 6th birthday.  Little did I know, 13 years later, a song from the show would be the subject of a blog post on my website.
The words to the song sung by Sally, Charlie Brown’s sister, along with Schroeder examine Sally’s ‘New Philosophy’.  In her own words she takes about a minute to create her new philosophies!  The first one is “Oh yeah, that’s what you think; her second is “Why are you telling me?”  Third is a simple “NO”, lastly “I can’t stand it!”
In my animal conflict mediation practice I find people, just like Sally, have their own philosophy about animal conflicts.  They have a difficult time seeing it any other way but their way.  It is a challenge to mediate these kinds of animal conflicts.  Yet they are not as impossible as you may think.  Actually, single-minded participants are better able to hear themselves and reflect, as Sally does when Schroeder points out the silliness of her ‘New Philosophies.’
In an animal conflict, attempting to change someone’s mind and move them off their position is nearly impossible.  You must do the up front work first before any shift in position can be explored.  Each participant needs and wants to be heard, understood and respected.  You don’t have to agree with them, you do have to really listen and respect where they are in the conflict.
‘Clearly some philosophies are not for all people’, as Sally says at the end of her song.  In mediation this is ok.  We are not trying to negotiate people to a middle ground in mediation.  Rather, we are hoping to meet them where they are in the conflict and respect them for their position, no matter how differently we may feel.  It is a challenge for mediators to stay truly neutral, yet we must if each party to the mediation is to feel heard, understood and respected.
In mediation I have had participants who used several of Sally’s philosophies.  “Oh yeah, that’s what you think” is a particular favorite.  When parties are stuck in their position, and have not yet progressed to feeling heard and respected their retort to their adversary in the mediation often mimics Sally’s retort to Schroeder.  Parties want to be right or at the very least show that their adversary is wrong.  ‘Yeah, that’s what you think!’  in the neutral setting of mediation is reflected as the view of the speaker to the listeners as they receive one’s ‘philosophy.’  The feelings of neither party are discounted.
‘Why are you telling me?’  Parties use this ‘philosophy’ to indicate their lack of interest in what the other party has to say.  In mediation, we explore how we can engage the person who thinks it is none of their concern, while supporting the person who has addressed an issue their counterpart feels is none of their concern.  Mediation is a respectful discussion of the how and what we will gain by exploring one parties understanding of their involvement in a conflict with the other parties understanding of their lack of involvement.
‘NO!’  As a mediator, we all wish we had a penny for each time the parties say no.  We would be able to retire.  Not really, we do this because we love it, maybe a penny for each no would keep the no’s at a minimum.  Exploring the value of the no to each party is important to gauge the ability for a party to move off of ‘No’.
Finally, my favorite, ‘I can’t stand it!’ is the battle cry of the party feeling unheard and disrespected.  This is often the way each party feels before mediation begins.  Initially, it is difficult to have them feel they can stay in the room and work toward resolution.  Animal Conflict’s usually smolder for days, months or years before anyone addresses them and by then the crust on the volcano is about to blow.  If it does one party feels like Sally, ‘I can’t stand it’ while the other party speaks first.  Even if they have agreed to the order in which they will speak.
If the mediator can take a short break, respect the emotional feelings being tweaked by one party in another, he/she should be able to keep the parties at the table long enough to give the other party the ability to speak to all issues and move off their battle cry.  If we enable parties to speak effectively, respectfully and empower each party to show respect while the other speaks, this battle cry and the other philosophies included here may be surmountable.
As Sally says in the end,  “someone has said that we should live each day as if it were the last day of our life”, which is overheard, incorrectly, by Peppermint Patti who runs screaming from the stage truly believing this is the last day of her life.  Remember, the parties’ philosophical musings have consequences and meaning. Respect them always; dismiss them to your peril.