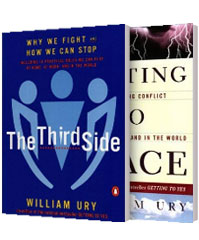 As I re-read Bill Ury’s book, The Third Side (Penguin-1999-2000), a passage jumped out at me and begged to be explored further in a short blog.  In the last 7 pages of Chapter 2, he speaks about Conflict Management and competition.  Never before has a process for resolving conflict been so clearly illustrated for me.  Ury used three words to describe the basics of conflict management; prevent, resolve, contain. 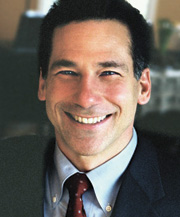 Our primitive ancestors, the hunter/gatherers, proved this method of conflict resolution really worked.  It eliminated conflicts between tribesmen because they recognized they all had to work together to survive.  In fact Ury’s studies indicated that for 99% of human history, homo sapiens used this method of managing conflict for their mere survival.  It is only in the last 1% of human existence, when competition came into the mix, that aggression became the method of choice in conflict.
Prehistoric humans needed to work together for basic survival, thus the co-interdependent cavemen were actually more civilized than modern-day humans.  As Ury states,  “archeologists have found so little evidence of organized violence during the first 99% of human history.  [T]hey worked hard to coexist.  [M]ost conflict was handled constructively though coexistence and cooperation.”  So what happened?
Ury believes, when humankind settled down and became agrarian, the producers of food and product, they became competitive and protective of what it was they had and wanted.  He uses the example of Jane Goodall’s study of gorillas.  Initial in her study, the gorillas willingly share the food she provided among the group.  After several years of providing them with food, instead of being happy and at the ease receiving the food given by Goodall and continuing to share the bounty among each other, the gorillas became more aggressive and protective about their food.  The act of providing food without the need for interdependent cooperation among the gorillas resulted in their acting protective about what was ‘given’ to them over what might be given to another or eschewed sharing.
Similarly in animal conflicts such as neighbor with the barking dog, the breeder with a difficult owner, the owner with a difficult breeder, the vet with a difficult client, the client with a vet who doesn’t listen; they all have this same thing in common.  They are competing to be right, to win, to keep more of the pie for themselves and not share.  It is difficult for them to even imagine working cooperatively with one another much less about work on a solution to the problem that might enhance their lives, not detract from it. It seems people prefer to avoid or become aggressive and fight over conflicts involving animals rather than address the conflict and find a mutually peaceful solution.
—By  Debra Vey Voda Hamilton Esq./Mediator