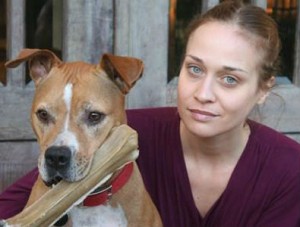 An article in the Sunday, December 2nd New York Times hit me quite close to home.  Jessica Pierce’s column on page C3 spoke about the loss of a pet, the changing attitudes of people in such situations, how they respond and how others treat them for that response.  In her article, Ms. Pierce describes how singer Fiona Apple canceled her South American tour because she wanted to spend time with her dying dog.  Pierce goes on to say, “The death of a pet is often dismissed as unimportant…most of us generally are not able to miss work because our animal is ill or dying.”

Yet, when Ms. Apple canceled her tour, eighty thousand people ‘liked’ her 4-page note on Face Book explaining her decision to her fans. There were, to be sure, a number of comments like, “Get over it, it’s just a dog,” but the fact that eighty thousand people sent notes of support and understanding shows a shift in the thinking about family members with fur, feather, fins & scales!
Ms Pierce quotes from Hal Herzog’s book, Some We Love, Some We Hate, Some We Eat, saying, “More Americans now see themselves as living in a multi-species family.” This translates into the cold hard fact that more barking dogs will live next door, more divorces will address the impact of the loss of companionship of the marital pet and more pets will be provided for in death, disability and disaster as owners start adding pets into their continuity of care plans.  If we fail to create a path toward discussion of the issues surrounding our pets, using a mediator when conflicts arise, disagreements about animals will rise exponentially.  Right or wrong, people don’t like to hear about their pet’s misconduct or talk about its future if something were to happens to their owner.
Pets are now more than just a dog, cat, or a guinea pig. The list is endless. They help us feel less isolated by enabling us to be socially active.  We can join a morning puppy play group, an evening dog training group or interact with an internet chat room full of people holding similar beliefs about their pet. People will do almost anything to keep the pet in their life safe and sound post divorce, death, disability or disaster.  They will move into a building or area because of its pet friendly environment, both inside and outside the home and in local park playgroups.  I actually had a colleague who walked her dog in a park every morning complain about a detour on their usual route because of an event being set up to raise money for global poverty.  This exemplifies how serious a pet owner can be about keeping their pet, and their routine with their pet, intact.
In my practice I help people in conflict about an animal avoid litigation by using mediation as a first and hopefully last step toward a solution.  I have written numerous blog posts about the human animal bond and the conflicts that arise about animals between people, both on my own website and as a guest on other websites.  Like Ms. Apple, I’ve received harsh feedback about what I do and say.  Good thing I’m thick-skinned!
It is difficult to understand why so many people choose to meet confrontation with confrontation and expect a solution to emerge.  A common thread in most of the comments about what I do is incredulousness at the prospect that a simple discussion might work to resolve the simple annoyance of a barking dog or a major disagreement over pet-custody.
If Ms. Pierces article is a correct reflection of the change in social mores toward the loss of a pet, it also confirms that the family pet is becoming more than just a watchdog, lap dog, frisky cat or hopping bunny.  They are a part of our lives in a way that makes us defend them to the end, grieve when we lose them and find it difficult to understand unkind words spoken about our grief. In our world of hi tech and not high touch, the companionship of an animal keeps us whole. It is not just a dog, cat or hamster anymore; it is our family member. Our grief at their loss is important to recognize and be understood by others.
Bravo Ms. Apple for accepting your grief and acting in your best interest and the interest of your pet!
To quote Roger Caras, “Dogs are Not Our Whole Life, But They Make Our Lives Whole. “