Don’t Talk to ‘Them” 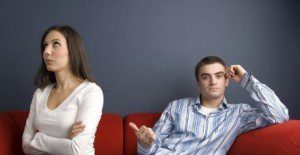 On June 28th 2013 I actually took the time to read the Op-Ed page of the NY Times.  I usually leave it to my husband who reads every NY paper, cover to cover.  He helps me find articles relevant to what I do, resolve conflicts between people about animals.  He is awesome at this job.

ON THIS DAY, I decided to read the paper myself.  Several articles were interesting, but one entitled Don’t Talk to the Taliban, by Husain Haqqani, caught my eye.  I always wonder how someone can make such a blanket statement.  It is often the same statement my clients make, prior to mediation of their animal conflict, about their adversary.   I can’t/don’t want to talk to them, they lie or I don’t trust them!!

In the article, Mr. Haqqani, former Ambassador to the United States from Pakistan (2008-2011), stated, “negotiating with the Taliban now would be a grievous mistake.”  He felt the Taliban “view the talks as the beginning of the restoration of their emirate.”  The intention of the article was to warn the US to avoid the scheduled conversations between the US and the Taliban.  According to Mr. Haqqani, everything the Taliban has said and done up to this point, belies its statements that it is “ready for political accommodation.”
Yet, if we don’t talk how will we move forward?  If we don’t listen, albeit with some healthy skepticism, won’t this deep-seated fear of anyone not aligned with one side or the other persist?  If we don’t get to speak and have them listen, won’t the status quo remain?  I do not profess to be an expert on Middle Eastern policies or “the history of Washington’s engagement with the Taliban.”  I come at this article from my own pragmatic point of view on emotional and deeply held conviction conflicts.  If we don’t talk, how do we change the paradigm?
My practice, on a much smaller scale, helps people use discussion to resolve conflicts involving animals.  On a global scale, I believe mediation will help animals at the center of the animal production/animal rights battle take incremental steps toward finding a solution to this escalating war.   If all sides ‘Don’t Talk’ the battle will continue to rage as will the US/Taliban conflict.  Distrust of what one side says and does vs. the other side can only be resolved at a table, eyeball to eyeball, building understanding and hopefully trust.  Without discourse there is really no hope that we can all live together in some kind of harmony, human or animal.
The Taliban and US have historic and, they each believe, well-founded mistrust of and beliefs about each other.  These feelings are similar to the ones held by the Animal Production and Animal Rights proponents who are in conflict with each other.  Neither side really fosters a desire to take small bites at their respective apples of conflict, thereby making tangible gestures of good will that could, little by little, soften their deep-seated mistrust.  This kind of conduct will not reduce conflict or make peace happen over night, in a month, a year, or a decade.  Yet, to profess in either instance the “Don’t Talk” rule, will simply prolongs the agony of the innocent bystander.  In these larger wars, the Middle Eastern and American people and the endangered animals are at the center of their respective arguments and are the only ones continuing to suffer.
I, for one, facilitate conversation.   What is often difficult at first becomes easier with practice and repetition.  Nothing worth achieving is easy and if you don’t talk you will never find out how rewarding that discussion can be.
I get Mr. Haqqani’s caution and skepticism.  I have no issue with his advice that “America must enter these talks with a healthy dose of skepticism.”  I feel the same way about discussions conducted between Animal Production and Animal Rights proponents.   I do not agree, though, that if they don’t hold that skepticism throughout the talks they should “not participate at all.”  If one refuses to participate in a dialogue it can perpetuate beliefs that may now, in fact, be wrong.
Without discussion and dialogue you cannot hope to understand how your adversary feels.  Like it or not, dialogue can change positions in a conflict.  It effectuate such a change in short amounts of time, for less money while achieving the greatest positive impact on those innocently involved. There may be lies and stretches to the truth.   Somewhere in lies is an opportunity to ask  “Why?”   And, in that discussion comes the opportunity for everyone to show their true colors.
Similarly, in small or large conflicts between people about animals, people use misinformation and innuendo to rally the troops to their cause.  If we don’t take the opportunity to talk and be held accountable for what we say in public and in private, how will the plights of the animals ever change?

Think about it and please let me know what percolates in your mind.  Are you able to talk in conflict? How do you approach a difficult discussion?